This is the first year in Utah State history that there has been a 6A division. That means state champions will be able to claim the rights to first ever 6A State Champs!  With the addition of a new division, their will be new faces in new regions and State Classifications.  But one thing you can expect is a load of talent and great teams.    (Region 3 is one of the few regions that did not race on Oct 6th.  They Will race on Oct 10th, at the Cottonwood Complex in Salt Lake City).

The boys race will be a great way to end off the day as American Fork and Herriman will duke it out for the first 6A state trophy!  American Fork is led by their strong individuals Dalton Brems, and Carson Clinger. While Herriman relies on their 23 sec spread to propel them to the top.  Individual honors will come down to the winter twins Zackary and Bronson of Fremont.  These two have had an incredible season and I don't think we should ask if they will finish in the top 2.  We should ask who will be first and second.  Other runner to watch are Justin Hartshorn (Lone Peak), and Logan Anderson (Westlake). 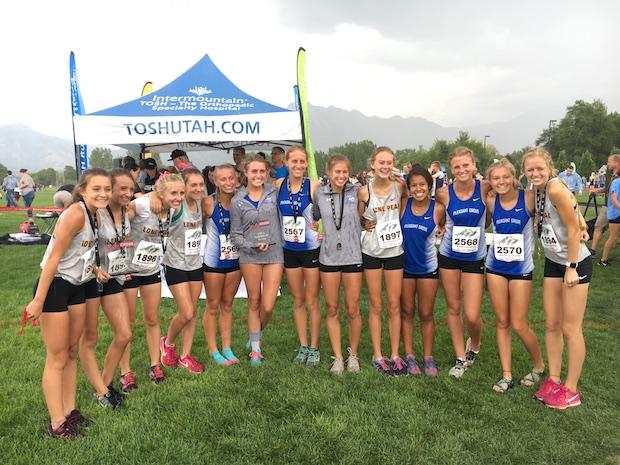 The Girls race in the 6A division will be the most competitive race of the day.  Lone Peak and Pleasant Grove have been tarring it up this season.  They both look incredible and they have the talent and depth to win this race.  This may be the first and only year where we might not see American Fork or Davis girls on the podium.  For once, there is a real and incredible amount of competition for them and right now Lone Peak and Pleasant Grove has more wins over American Fork and Davis.  American Fork has beaten Lone Peak and Pleasant Grove twice this season at the Grass Relays and the BYU Autumn Classic. So I would expect to see them continue on the AF tradition of bringing home a state trophy.  On the individual side, I would watch out for Mckenna Lee (Weber) and Lexi Wright (American Fork).  These two will most likely be leading this race and hoping to gain their first state XC titles!