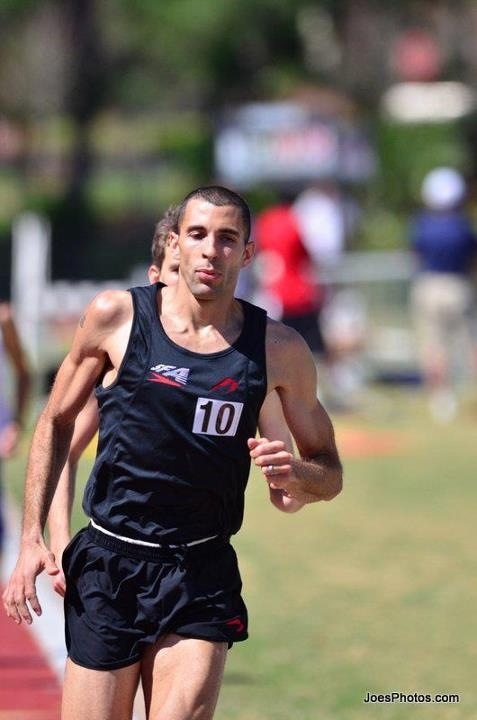 Stephen Pifer is a genuinely nice guy. While a professional runner, he is a reminder that the pros put their shoes on the same way the rest of us do. He works for Newton shoes as a regional representative for the southeast. When not on sales or racing circuits he often comes up to Park City to train since his wife is from Utah. Through all his experience running professionally and just about being born into the running community he was able to offer some really good advice to the Milesplit community.

What is your favorite run when you come up to run in Utah?

I love running Jeremy's Ranch up in Park City. It is so pretty!

Would you take that run over the infamous Magnolia Road in Boulder?

Oh man that's a good question. I think it depends what type of race you are training for. A flatter marathon I would go with Utah though maybe for a marathon with hills like Boston I would have to choose Mags.

How is it training by yourself?

You get one shot to pursue, to be young and run as fast as you can--that is my motivation. I want to go as fast as I can with the body I have been blessed with. I want to run a few seconds quicker that's what you got to do. I enjoy it. You have to enjoy. I certainly like what I do.

When you were in college you ran for Coach Wetmore in college right? How was that? Who are you currently coached by?

I really liked Wetmore a lot. He is a good coach, been doing really well with the steeple lately, but he can coach anything he wants. He does a good job at getting you to focus. That may be his best thing. He really gets you concentrated on the task at hand.

Right now I am coach by Danny Mackie and Rich Anderson. Rich is more an advisor, and Danny is my day to day coach. He  works for Brooks, he is the head of the Brooks Beast program. He is a really smart guy. He has a masters in exercise science, and worked in the exercise lab at Nike. He is similar Salazar or Schumacher, but for Brooks. I like him a lot.

How do you approach picking coaches, or at least picking schools. What do you think about?

Hmm, well I'd say go to the place where you least thought about being at home on your recruiting trip since you will be most comfortable there. iIf you are thinking about your friends back home, you don't want to go there. You don't want distractions. You have to look at academics too. You can be good anywhere. Look at Nick Symonds and Will Leer, they went D3. Look at a place where you want thrive as an athlete. You can have a good career just about anywhere, if it's a good fit.

Speaking of good coaches, how was it being coached by your uncle (Tim Flamer) in high school?

The Flame was my high school coach. He helped out a lot. I would talk to him about workouts. He has the running 800m and others mid distance records at the local college. He helped me improve every year.

I felt like I had a better baseline knowledge when I got to college compared to the average freshman. I knew a lot more. I knew that you can be a professional runner. I knew some people who ran in the Olympics. It helped my perspective.

What was the biggest difference with your transitions to where you are now?

More time in the day to focus on the small stuff as you go up, so you can focus on diet, core, rest during runs. A percent in the 1500 is the difference between make an Olympics team or not, getting a medal or not. You also learn there is more to life than just running. I learned I wanted to do this and I enjoy it, but I had to focus long term too. There is life after running. Look at Josh McAdams, he was an Olympian, he went to school, got an optometry degree and now owns his own practice.

Speaking of small things, did you get to work Jay Johnson at CU with core work? Did you feel core helped you out there?

Vernon Stevens was my strength coach, I worked Jays camps, saw his videos. His stuff really helps. That ancillary work will help you stay injury fee, open posture will help you run fast at the end of a race, so you won't waste energy. The more you expend earlier the less you have left at the end.

Now that you are pro, we see don't see you in the Nike shoes anymore....tell us more about what you are doing? How is it running for Newton?

I work for Newton as a regional educator in the south east. I educate the staff on how to sell the product. I also teach them about the product too. I do natural running clinics. I partner with retailers at events, building brand awareness.

You take pride in being one of the little guys. Recently we just signed some good guys. Now some of the people we have are Fernando Cabado, Josh Carson, myself. You want to make a statement. We are small and new. People don't know about us. People wonder if it is for serious runners. A lot of the top runners are for Nike. You want to show Newton is high end performance shoes. Having fast people in them helps.

Do you have a track spike yet?

We are working on a track spike. We do have some nice flats though like the Mv2, I ran a road mile in Bermuda, it's really nice.

What has running taught you about life?