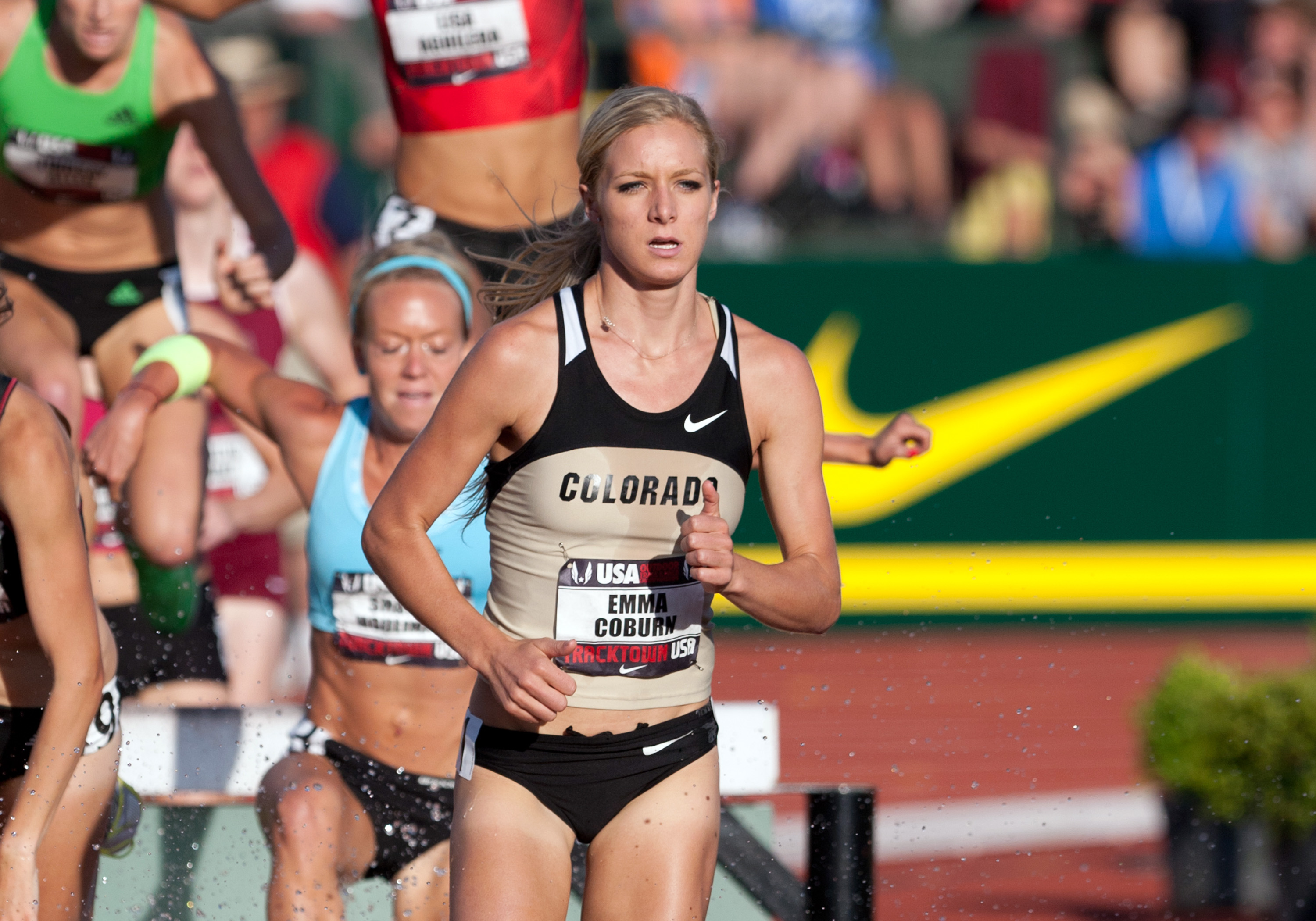 Emma Coburn, possibly best known for making the 2012 Olympic team is without a doubt one of the premier  American collegiate runners right now and is a big part of the future of US women's distance running. Recently, she disproved naysayers about her speed by winning the NCAA Indoor track and field championships in the mile with a blazing time of 4:29. She trains almost eighty miles a week in thin Colorado air in order to accomplish such fetes. While her mileage is impressive, it is important to note that she did not start out running big mileage in front of a big audience. Growing up in a town of 1,400--Crested Butte CO--she only ran fifteen miles per week during her high school career. Recently she sat down with Utah Milesplit to discuss her transition from small town track star, to national track star.

Emma, congrats on your mile race recently.
Thank you, I was happy with it.
Running at the NCAA D1 is a lot different than running high school, can you tell us about your transition as far as mileage and time commitment?
Well Coach Wetmore eased me into it. In high school I was running 15 miles per week. The summer before I came to CU he asked me to try and get up to 35 miles per week. My freshman fall I was running 40 miles per week. It has increased logically from there, now I am running about 80 miles per week. The adjustment over time was not a real big of deal. Training was fun. In high school I did four sports, NHS, Student Council, so I already spent a lot of hours practicing, just it all wasn't running. I also had a brother and sister at CU. It wasn't very scary for me or anything coming to CU. I think athletic departments do a really good job of helping students prepare for the transition by helping them out with tutors and other things.
How was the adjustment for you socially? Was it tough at first?
You have to set proprieties  I had to prioritize school, running, and family. Then I had to cut out everything else. I couldn't go to dinner with my old high school friends. I am not involved with anything else on campus. No societies or clubs. You just have to be strict with running and prioritize school, running, and family. I do not think I did anything wrong. At night I go home, watch a movie with my boyfirend then go to bed. Some people think it is a boring lifestyle. I am happy with it.
Can you talk about the importance of natural talent vs coaching?
Both are very important aspects, you need some talent to run fast at this level. But so much of it is coaching how they develop you over time. How they specialize it for each athlete is important  A third aspect in addition to talent and coaching is mental toughness. You can have the most talented athlete, and coach but if they are not tough they wont run well. You have to be ready to work hard and be in pain every day for the greater good of the season. Without hard work you won't have the success that you want at the end.
What drew you to CU? Was it hard to choose coming from a small school?
A lot of my draw to CU came cause I was born and raised in Boulder until I turned seven. I went to football games, and I had a Buff cheer outfit until I was four. Coing from a small school I didn't think it was a possibility until later in my junior season. I took a couple other visits, but as soon as Coach Wetmore called and I heard his voice on the phone it was over, I knew I was going. Now I am not the norm. I think you have to realize that you won't be winning all your races, and you will be at the bottom of the stack for a while. You own't get the most attention at first either. It gives you something to strive after. I had Jenny to strive after when I first came here. If you want to be a top tier runner going to a smaller school is probably a better route to go.
You mentioned Jenny Simpson, weren't both she and Sara Vaughn there when you first got there? How did they help you?
Sara Vaughn was not there, she left the spring before I came. Jenny was there for my first year and a half there. She was someone I looked up to. I thought she was really inspiring. It was cool to see someone with the same coaches, training which seemed tangible, hard, but not impossible, someone in the same position as me doing so well. It gave me something to strive for.
You certainly have had a great ride, winning nationals, how is it looking back?
It is fun to look back and see the progression, every year my time has gone down 5 to 10 seconds in the mile and 15 to 20 in the steeple  Its fun to look back and see how I have progressed. There has been no big jump, just logical and straight lines of progression.
When you first came to team camp, was it a shock or were you prepated ahead of time?
No, I had gone online and looked at the other girls times. I knew I was going to be at the bottom. I knew what to expect and was very excited to run and work hard.
What would you tell your high school if you got a chance to go back to your team and talk about running D1?
I would tell them to really be willing to work hard. At a big school there is an expectation to win and an expectation that you will contribute to the success. You need to be willing to go hard. You have to keep a good attitude and do exactly what the coaches tell you to do. That is how I developped into an athlete running 75 to 80 miles per week who made the Olympics. .
Previous Pro-Tips
Gerry Lindgren on Racing Tough
Shalaya Kipp on Being a Good Teammate
Jim Ryun on Running Life's Race