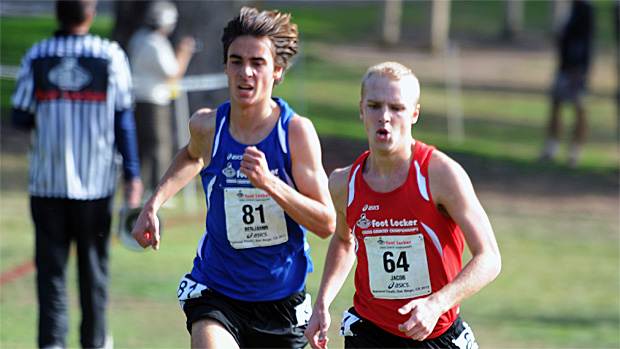 At San Diego's storied Balboa Park course, three Utah boys claimed places in the top 16. While none of the three ever were in close contact with the lead group, threatening for the win, the three nevertheless stood tall among the field.

Ben Saarel was the first Utah finisher in fourth. Saarel made his move late, picking off place after place of guys who had spent too much too soon. Eventually, Saarel climbed to 14 seconds of Ed Cheserek's winning time of 14:59. The final couple hundred meters had Saarel closing well on third, but with not quite enough to catch Jake Leingang of North Dakota.

Eight places and 21 seconds back, Connor Mantz finished as the top sophomore (and one of only two sophomores) in the boys field. Seven seconds later, Kramer Morton closed out the season for Utah's boys in 16th.

With two individual finalists at NXN, two team finalists (including a second-place team) at NXN, and three individuals in the top half of the field at Foot Locker Nationals, it's difficult to imagine a more satisfying year for Utah high school cross country.

The boys weren't the only ones having fun in San Diego, however.

Summer Harper and Sarah Feeny were busy representing the Beehive State as well. Harper and Feeny finished 28th (18:22) and 32nd (18:31, respectively) to bring closure to the Utah girls season about 45 minutes before the time the boys race finished.

After a layoff of about a month, you'll see most of these same names--and more--back at it again on the Utah indoor circuit. For now, though, enjoy the season that was. It was, indeed, special.