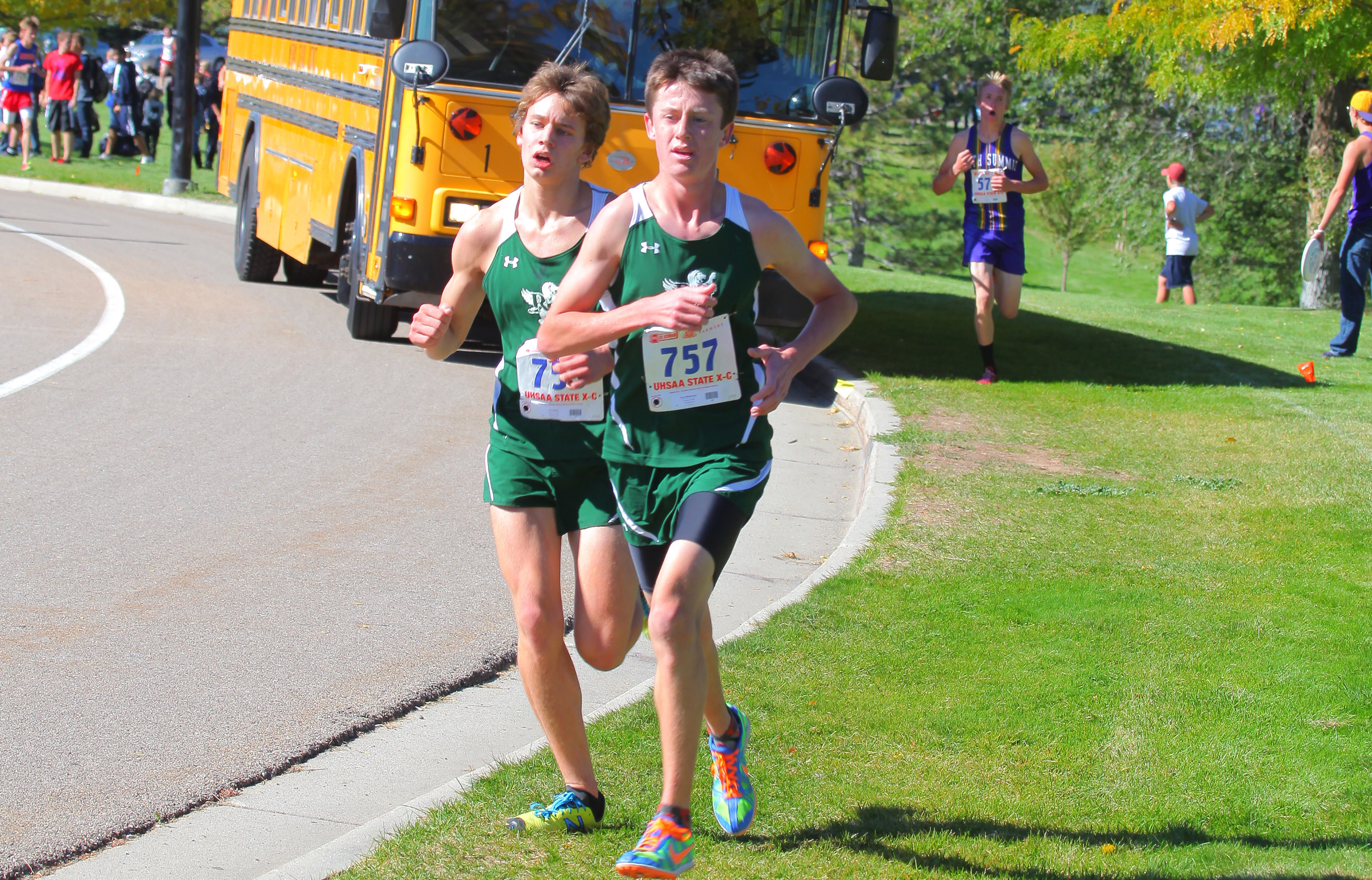 This week is the most exciting of all for Cross Country competition within the state of Utah. Aside from any post season championships meets, this is the end of the road for many in terms of the XC season. On Wednesday at Sugarhouse Park, runners from across the state will converge for the State Championship. the 1A girls go first, and then right after they finish the 2A girls will toe the line. The 2A boys will get their chance about 30 minutes after the girls finish.

One thing is for certain, last years champion Richfield will not repeat as the 2A State Champion, due to the fact that they have been moved to 3A. This opens the door wide for Rowland Hall, Millard, North Summit and more. Rowland Hall has a great 1-2 punch in defending State Champion Ryan Westermann, and Junior Eli Oftedal. In fact, the Rowland Hall team that finished 2nd last season returns all 5 scorers from last season as well as their 6th man. They will be very tough to crack. The one team that might be able knock off Rowland Hall would be North Summit. North Summit’s #1 Hudson Zwhalen was 10 seconds off  Westermann at the BYU Autumn Classic and will look to bridge that gap and fight Ryan for the win. Johnathan Rothschild will join Zwhalen in the quest to take down Rowland Hall. These two are a great 1-2 for North Summit, and if the rest of the team can come together they could leave town with the State Title. It should be a very good battle between these two.

Millard actually comes in to the meet with an edge on the 2A leaderboards, due to the fast times they ran at the Cedar invitational, but when they ran head to head with North Summit at the BYU Autumn Classic, North Summit averaged almost a minute faster. Don’t let the best times score calculator be your basis, but don’t ignore it at the same time. It’s hard to say what the result at Cedar meant for Millard, But keep an eye on this team as well.

On the girl’s side of things, Emily Sundquist of Rowland Hall is a strong favorite in the meet. She has run 19:07 for 3 miles,and sub 20 for 5K this season. She will have to deal with last years champion from South Summit, Grace Schulz. The two haven’t run head to head yet this season, so it is hard to speculate on the status of Schulz, but she does have one state title under her belt. Sundquist has finished second two years in a row and you can bet she will be working on ending that streak. Along with these two, only 2 from last years top 10 graduated, and Lydia Foster moved to 3A, so the top 10 could look very similar to last season. Olivia Moyle of Enterprise was not far off pace last season with these girls, and she could be looking to improve on her 3rd place finish as well. All I will say is it is not common for the results to be the exact same two years consecutive so something is going to change atop the podium.

As a team, Rowland Hall looks good as well. Parowan beat out North Summit at the SUU invite earlier in the season, so they know they can come to play as well. Rowland Hall has won the previous 2 State titles, and they look to make it a three-peat. Enterprise returns just 3 from last seasons team, so it will be interesting to see who can fill the shoes of the girls from last season. Manti is bringing a pretty young team to the meet. They have some runners that can bring low scores so for them it will be a question of how close their 4 and 5 can stay. Lastly, I haven't seen Emery Run yet this season but the word on the street is they are pretty good as well. If you know more about the Emery team please comment below and tell us how they are looking!