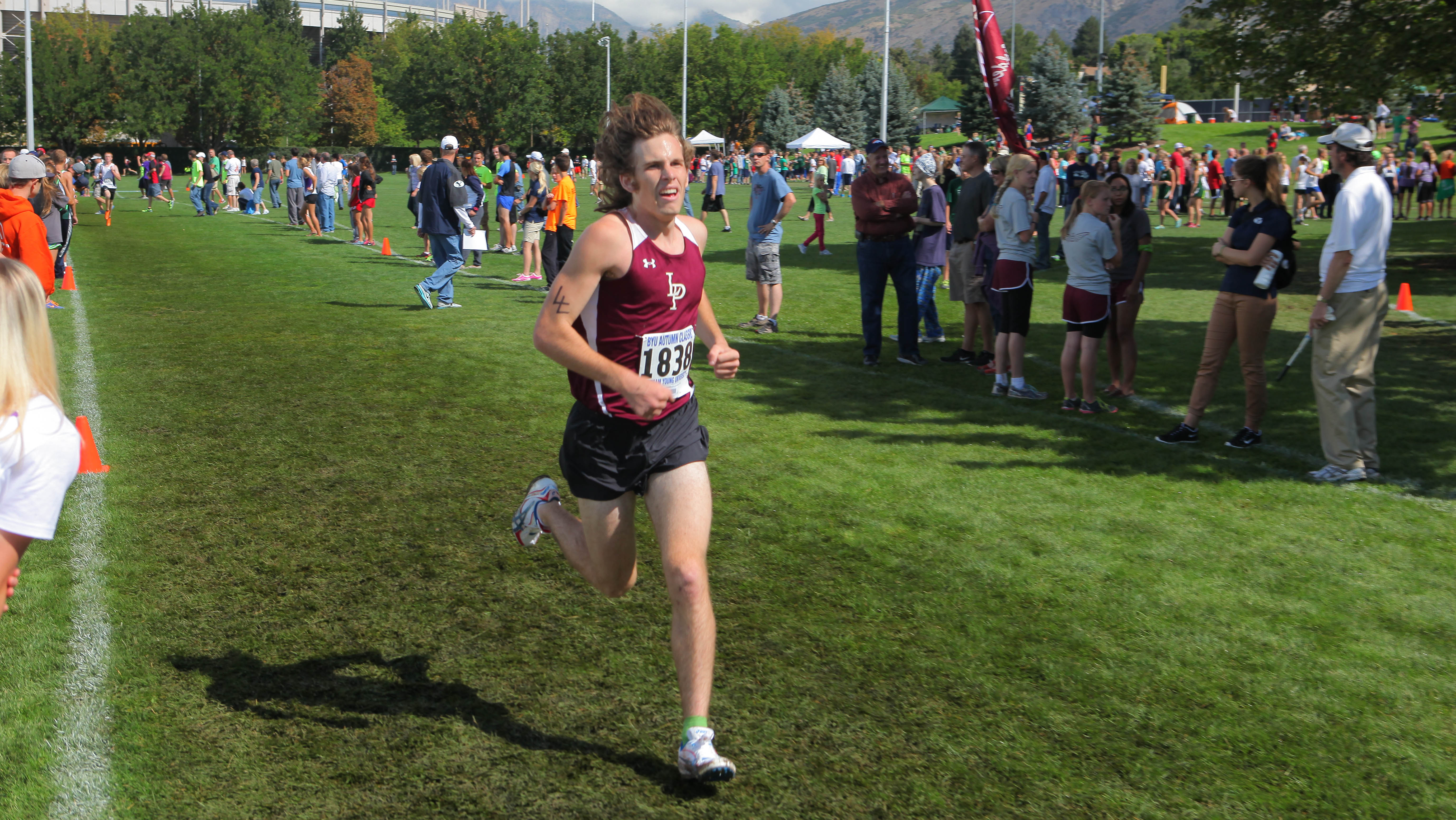 BYU hosted their annual Autumn Classic on Saturday morning in Provo. Despite soggy and muddy grass, the weather was great for a Cross Country meet. Besides, what is Cross Country without a little mud?

The Boys race was a big one, with 206 runners in the Varsity race. The boys took the course after the college races, freshman and sophomore races, so by the time the gun went off the course was well hashed.  Early on there was a barrage of runners getting out hard and trying to set the pace. By the time they reached the first mile  things had settled down a lot. Skylar Williams of Davis, Sam Sorensen of Mountain View, and Chris Rushing of East led at that point, with Clayson Shumway of Lone Peak not far behind. Shumway took the lead midway through the next lap and never looked back. Brady Early of Riverton did his best to keep up but Shumway kept the pace high just enough that Early never could close the gap.

Shumway ended up pulling away for an 11 second win with a time of 16:06. Early was second with a time of 16:16, and Sam Sorensen of Mountain View was third in 16:27. Also note that though the course was a 5k, many suspect that the course was longer than that. Combine that with the mud and the times the leaders ran are likely a little misleading of their performances.The victory marks the first for Shumway since he made the move from Colorado. Last year he was a Colorado State Champ, and is a great asset to the Lone Peak Knights.

In the team competition, the Knights got a great boost from Shumway, but it wasn’t enough to match the performance by Davis, as the Darts won 85 to the Knights 103. Desert Hills had a great day finishing 3rd overall. They had just a 19 second spread which goes a long ways in scoring well as a team.

Along with the HS races, there was a college meet as well. The BYU men came in to the meet ranked 4th in the nation, but West Coast Conference foe, #6 Portland made the trek to Utah for an early season preview of the WCC meet. Early on in the race it was all BYU, with a huge pack of guys up front. Late in the race Portland charged hard and looked as though they might take the win. The last 300 meters were run on the track and the scales shifted back in BYUs favor as one Portland runner stumbled in the last 20 meters. That combined with a very strong finish by a few cougars gave BYU the win 24 to 38, though that score doesn’t really represent how close it really was.

Tylor Thatcher of BYU was the overall winner, with Jonathan Nelson, Timpview Alumni the top Utah native in the race in 5th. Also racing were a few athletes making their first appearance in the College ranks. Tomy Gutierrez, who was at East last year, ran unattached and finished 29th. Preston Johnson, formerly of Davis, ran his first race in the Weber State jersey, placing 39th overall.

Coming up for the High School runners, there are a few big meets next weekend. The Wasatch Rendezvous in Salt Lake, The Wasatch Invitational at Soldier Summit, many will make the trek to Idaho for the Bob Firman Invitational, and Roy also hosts their Royal Run XC Challenge.