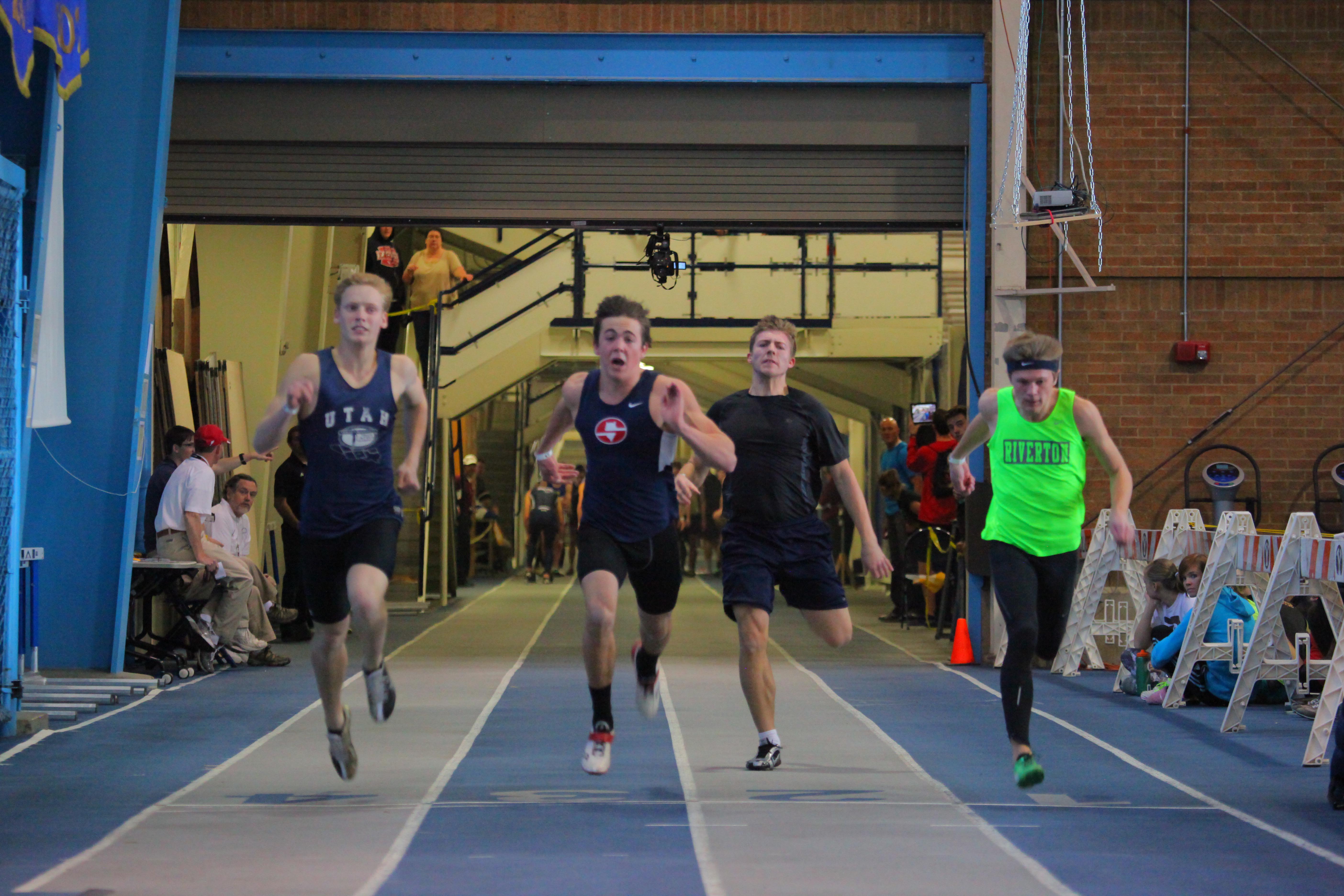 At the BYU HS Indoor Invitational over the weekend, Riverton’s Michael Bluth, Clay Lambourne and Brandon Walker went 1-2-3 in the 400m dash. Bluth then went on to win the 200m as well. After the 200m, those three joined forces again to run in the 4xlap (322m) relay and nearly came away with the meet record.

But this Riverton domination isn’t something that has just appeared at the BYU Invite. Riverton has been finding success in recent years in the long sprints.  Last year Cole Lambourne, the older brother of Clay, ran 47.85 in the state championship to win.  Their 4x400m relay team also won in 3:18.62.

After the 400m dash Saturday, I asked Bluth, Lambourne and Walker what it was that has made Riverton so good in recent years. All of them attributed it to their coach.

“We love our coach,” said Walker.

They also said it helps to have each other to push one another in work outs.

“I wouldn’t have near the motivation if I didn’t have these guys in workouts,” Bluth said.

As far as who wins the workouts, it changes on a day to day basis.

“It’s always different,” Lambourne said. “We’re equal a lot of the days too.”

The most incredible part about the trio is they are all juniors, so Utah will have to compete with these guys for this year and next.

“It’s not me, it’s totally them,” Hutchings said. “The good thing about it is I think we all feel completely connected, like we’re all here for a reason at the same time and everybody gives everything they have.”

While neither the coach nor the athletes want to take complete credit, it’s obvious that somebody is doing something right out in Riverton.

To watch the interview with Coach Hutchings, click here. He explains in further detail a little bit more of why he feels the team is so successful.