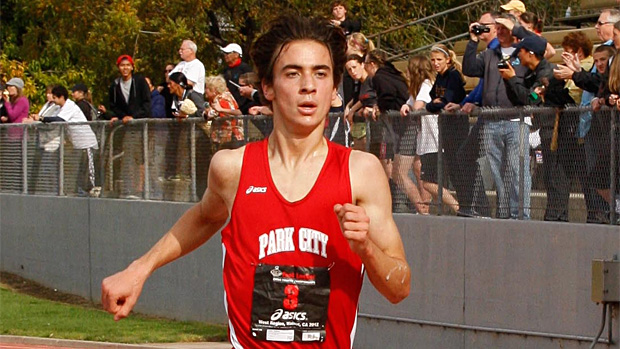 Athletes from all around Utah headed to California saturday to the Foot Locker West Regional meet where they competed for the top spots in the West.

The prize at stake: A ticket to San Diego and a shot at the Foot Locker National Championship.

The result: Utah will be well represented in San Diego with 3 Boys and 2 girls earning a qualifying spot

In the Boys race, Ben Saarel turned down an opportunity to run at NXN this weekend. The decision paid off as he won todays meet in dominating fashion. His time of 15:28 left the closest competitor behind by over 10 seconds. Ben is currently ranked #14 in the US and lived up to that ranking. he will be looking to carry today's momentum into the national meet.

Sophomore Conner Mantz had a phenomenal race, placing 4th only 13 seconds behind Saarel. Conner really stepped up and had a big race, earning his first trip to the national meet in San Diego. Just 6 seconds behind Mantz was Kramer Morton from Alta. Morton is just a junior, and a trip to the National Finals, both as underclassmen, will give Morton and Mantz good experience for the future. All three boys will be making their first trip to the National Finals.

Jerrell Mock barely Missed out on a top 10 spot and a trip to nationals as he was 12th place. Chuk Mitchell from Herriman was also top 20 at the meet making a total of 5 utah athletes in the top 20.

In the Girls race Summer Harper of Orem raced today instead of accepting her invitation to NXN. She led the Utah contingency, as Sarah Feeny was 7 seconds behind.They finished 8th and 9th respectively and each earned a spot in the National Finals in San Diego. Both Summer and Sarah will be making their first trip to the National finals.

Other runners from utah ran well but didn't notch a top 10 finish. Emily Rich barely missed a trip to the finals as she was 12th. Annie Orr was also top 20 at 19th.