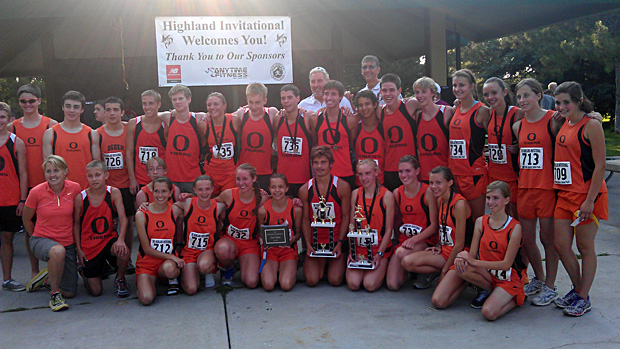 Maybe the biggest thing we learned from the last two days of meets is that very little of the established order of things has changed--at least not yet.

We learned that American Fork can still take down the Davis boys, at least where their own grass relays course is concerned (we'll have other opportunities to test this hypothesis later in the season). We learned it's going to be very tough to take anything from Ogden, again. We learned that 3A programs Ogden and Park City are better than almost all 4A and 5A programs. And so it goes.

There's a lot of cross country left in this season, but it's starting out a lot like where it left off.

Let's take a closer look at each individual meet:

Big Weekend? Well, Yes and No. But Mostly Yes.

The good news is that if you're a die-hard cross country fan, you can take in both of this weekend's high school invitationals in northern Utah.

And a Big One in Southern Utah as Well

"Wait a minute," you say, "you left out the big meet in Cedar City!"