Herriman was Runner up to American Fork in the 6A race.  They had an incredible spread which propelled them to the podium.  Consistency is what they've done all season and they even managed to take a rare win over AF at the Nebo Invitaional.  Herriman comes in at number 7 on the NXR-SW Flo 50 rankings and they were 4th in the State merge. 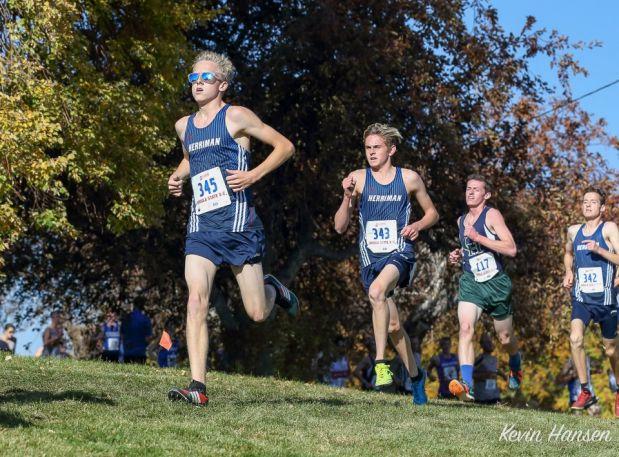 Herriman by far has the best spread in the state and possibly the entire Southwest Region.  On average their spread is about 21-23 seconds!  The only downer is that Herriman is lacking that all star runner.  In the 6A race they didn't have a single runner finish in the top ten.  Seth Robertson was the closest coming in at 11th.  If Herriman can just have him and maybe 1-2 other guys break off to finish higher, they will be a serious threat to anyone hoping to grab an auto bid.  Yes, they may have to sacrifice that dazzling spread they've created but the nice thing for them is none of them have to have an insane race.  Herriman is just so deep and they happen to have the best 6th and 7th man in the state.  All that needs to happen now is have their top 2 or 3 guys finish in at least the top 25.  If 4 and 5 will be right there, then the Mustangs will  probably find themselves heading to NXN. 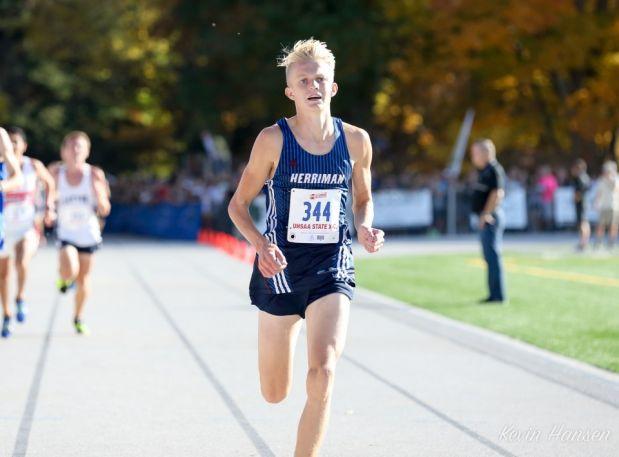 Herriman can afford to have any one of their top 5 guys go down because number 6 is literally right there.  But as I was saying before they need to sacrifice that spread in order to finish near the top.  A tight spread is what most, if not all, the other schools are lacking but Herriman lacks that podium individual.  If they can't give that up then the spread will probably not be enough to get them to nationals.  If it comes down to a tie Herriman has nothing to fear with its 6th man being almost as good as their 5th.