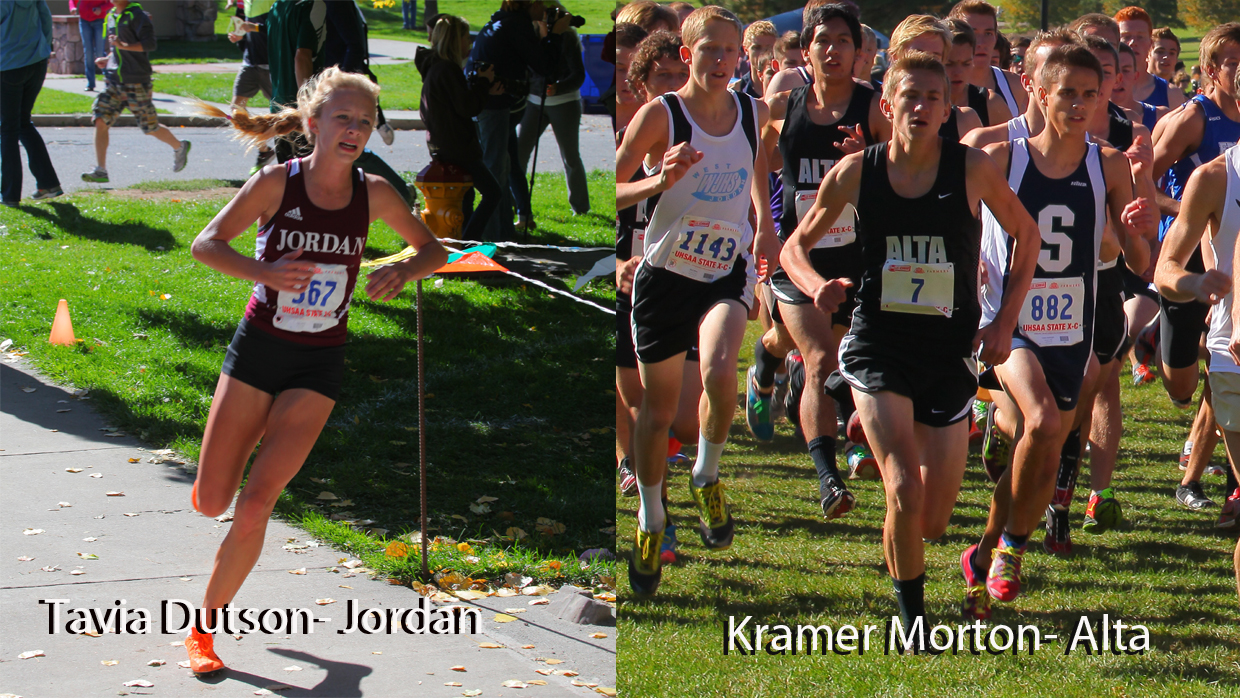 Utah Milesplit Athlete of the Week: October 7-13, 2013: Tavia Dutson of Jordan and Kramer Morton of Alta.

This Week’s Athlete of the Week award goes to Tavia Dutson of Jordan High School after she won the Region 3 title over one of the best duos in the state, Marlee Mitchell and Whitney Rich of Bingham. The Region 3 Championships were held Thursday, October 10th on a very rainy day at the Cottonwood Complex in Salt Lake. Dutson pulled away for her first win of the season. The win comes just in time to motivate her at the State Championships next week. Dutson always seems to be in the mix for the win, but winning this race is a big deal for her in terms of where it puts her heading in to state.

Kramer Morton of Alta has been given the boys award after his record performance at the Region 3 Championships. On a course that many of the fastest in the history of the state have competed on, none have run as fast as the Alta Senior did on Thursday. Morton ran a course record of 15:05, 17 seconds better than he ran on the same course last year. Morton is ranked in the top 15 on a few different national lists, and is one the #4 returner from Foot Locker nationals last year. Not only will he be eyeing a high national finish, but he will also be setting his sights on the state XC course record. Last year he ran 15:13 on the state course, which is #5 all time. He was 17 seconds faster at regionals this year than last year. If that improvement is the same for the state course he will tie the mark run by Ben Saarel on the course, and will be just 2 seconds off Luke Puskedra’s course record.

Every week, Milesplit Utah honors one male athlete and one female athlete of the week, based on high performance. The award is given to an athlete based on time, exceptional performance, a big win, a breakout performance, or whatever else merits the honor. When you feel someone deserves the award, send us your nomination by email to milesplitut@gmail.com