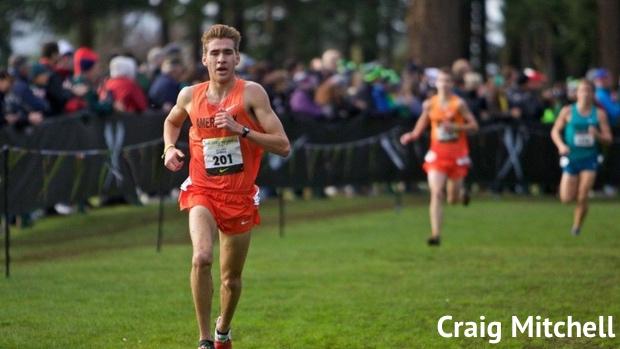 With the most taxing decision of his running career behind him, American Fork (UT) senior Casey Clinger was able to focus on the beginning of his indoor season on Saturday at Weber State.

But for those still wondering: He chose Brigham Young University over Oregon.

The two-time Nike Cross Nationals winner, who was pursued heavily by both programs, committed to the Cougars after a long process that forced him to miss the early signing period in November. Instead, Clinger will sign on April 12, which is the next available period under the NCAA's National Letter of Intent guidelines.

On Saturday, the veteran opened up his indoor campaign with another sterling performance, winning the 3200m in a time of 9:16.68 at altitude in Ogden at the Stromberg Healthy and Physical Education Center.

"I was happy," said Clinger, who ran for the first time since his win in Portland, Oregon, on Dec. 3. "It was kind of a flat 200m track, but I was happy for my first meet."

Clinger will return to the track this Saturday at the Utah High School Track and Field Coaches Association Invitational Championships at the Olympic Oval in Kearns. He'll line up in the 1600m run for the second straight year.

"I'd definitely like to get under 4:10 this weekend," Clinger said.

The facility, which was built prior to the 2002 Olympics, will feature a 440-meter indoor track that surrounds a speed skating oval.

"It's nice and cool," American Fork distance coach Timo Mostert said. "It's ideal for a distance runner. There's no wind, there's good air, it's probably 55-60 degrees on the track. It makes for some really, really fast times." 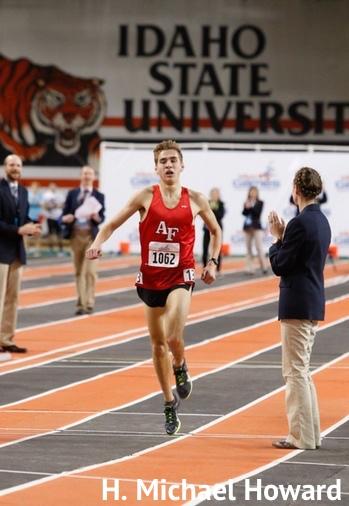 During the indoor season, Clinger will complete an abbreviated schedule. After the UHSTCA meet, he'll follow at the Utah Distance Challenge in Kearns on Feb. 10 and then at the Simplot Games in Pocatello, Idaho on Feb. 16-18.

A season ago at Simplot, he ran an indoor PR in the 3200m of 8:59.02, finishing in second to Salt Lake City East's Garek Bielaczyc.

Much of Clinger's focus will be building a foundation for the outdoor season, during which he hopes to repeat as a state champion in the 1600m and 3200m.

"We know what he's capable of doing," Mostert said. "An easy way of looking at it is we're looking to run faster than last year."

In the weeks before outdoor season begins, Clinger said, he's building base mileage and focusing on improving strength. The American Fork boys are running approximately 60 miles a week.

"It's getting miles in," Clinger said. "Going on 6- to 8-mile runs every day. We don't focus on a ton of racing because we're just building base."

Clinger won't compete at New Balance Nationals Indoor in March due to the extreme travel requirements. Instead, the American Fork senior will finish his season at Simplot next month.

"We know what our training will be and what he's done," Mostert said, "so we'll just try to stay the course."