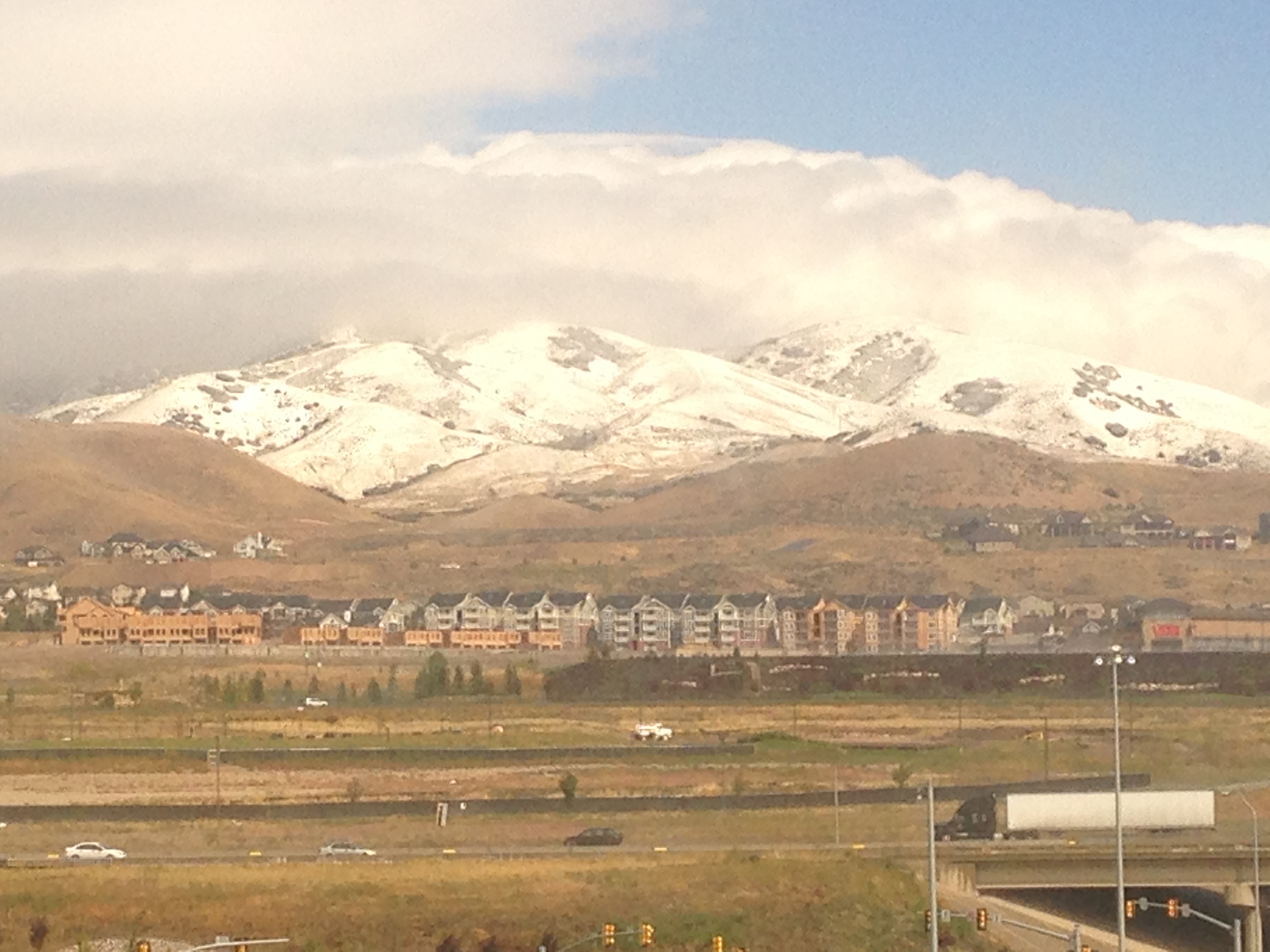 Snow fell on Utah county Friday, which should add an interesting touch to the Nebo Invite

This weekend, the meet of the week will be the Nebo XC Invite at Maple Mountain. A snow storm moved through the higher elevations in the early afternoon in Utah County, leaving white-capped hills for this evenings meet. The races aren’t until later this evening, but expect this to be the first meet of the season where runners may be wearing gloves and long sleeves instead of the standard short shorts and jersey.

With 35 teams entered in the meet, this is another big chance for teams to perform well and show they are the best. Everyone will be hoping to keep pace with the Cavemen of American Fork. They have looked dominant this year, and possibly even better than ever before. Bingham has also been running very well and are looking to bridge that very small gap to American Fork. Bingham has a small enough spread from 1-5 that they are contenders in any race they enter. Lone Peak is Ranked ahead of Bingham in the SW region, and it will be fun to see how these teams match up, because in my mind they are pretty comparable. Either one could be the winner today if AF missteps, but more than likely they will be battling for Podium positions.  Westlake won the Wahsatch Rendezvous last weekend and will look to carry that momentum into this meet. Desert Hills made the trek up for the Autumn Classic and went home with the 3rd place trophy. They will look to do big things again at this meet and would be happy with a top 3 finish again.  Orem has run big all season, mixing it up with the leaders at every meet.  Today should be the same for the Tigers.

Connor Mcmillan looks to lead his team to the win and the Individual win, just like he did at the Wasatch Invitational last weekend. At Soldier Summit he had to battle with Clayson Shumway, but was able to pull away and win. This go round he has to battle Shumway again, but add in Kramer Morton, who got the better of Mcmillan at the Herriman Invite a few weeks ago. Also back in action should be Rory Linkletter of Herriman, who is hoping to get in the mix and get that signature win for his season. It will be a great win for whoever comes out on top. Garrett Marsing of Carbon has also been running very well this season and should not be forgotten as a name to watch.

In the girls individual race, Lucy Biles and Kashley Carter are both coming off wins from last weekend. Biles won on the big stage at Bob Firman, and Carter ran away in style at the Wasatch Invitational. Biles is very strong, but this will be a great chance for Carter to run with her. Biles is a contender for National honors, so anyone who runs with her today would also join the list of the nationally ranked athletes.  Marlee Mitchell of Bingham is always near the front, and would love to get another win this weekend if she can keep pace with Biles. Tavia Dutson of Jordan is another name to watch as she always runs near the front of the pack.

In the team competition, Bingham will look to keep winning, as they have pretty much all season. Maple Mountain has a strong team as well, and will be looking to defend their home course. American Fork Girls might not get the hype that their Boy’s team does, but they are also very talented. They are ranked in the top 10 in the SW region and could compete with Bingham.