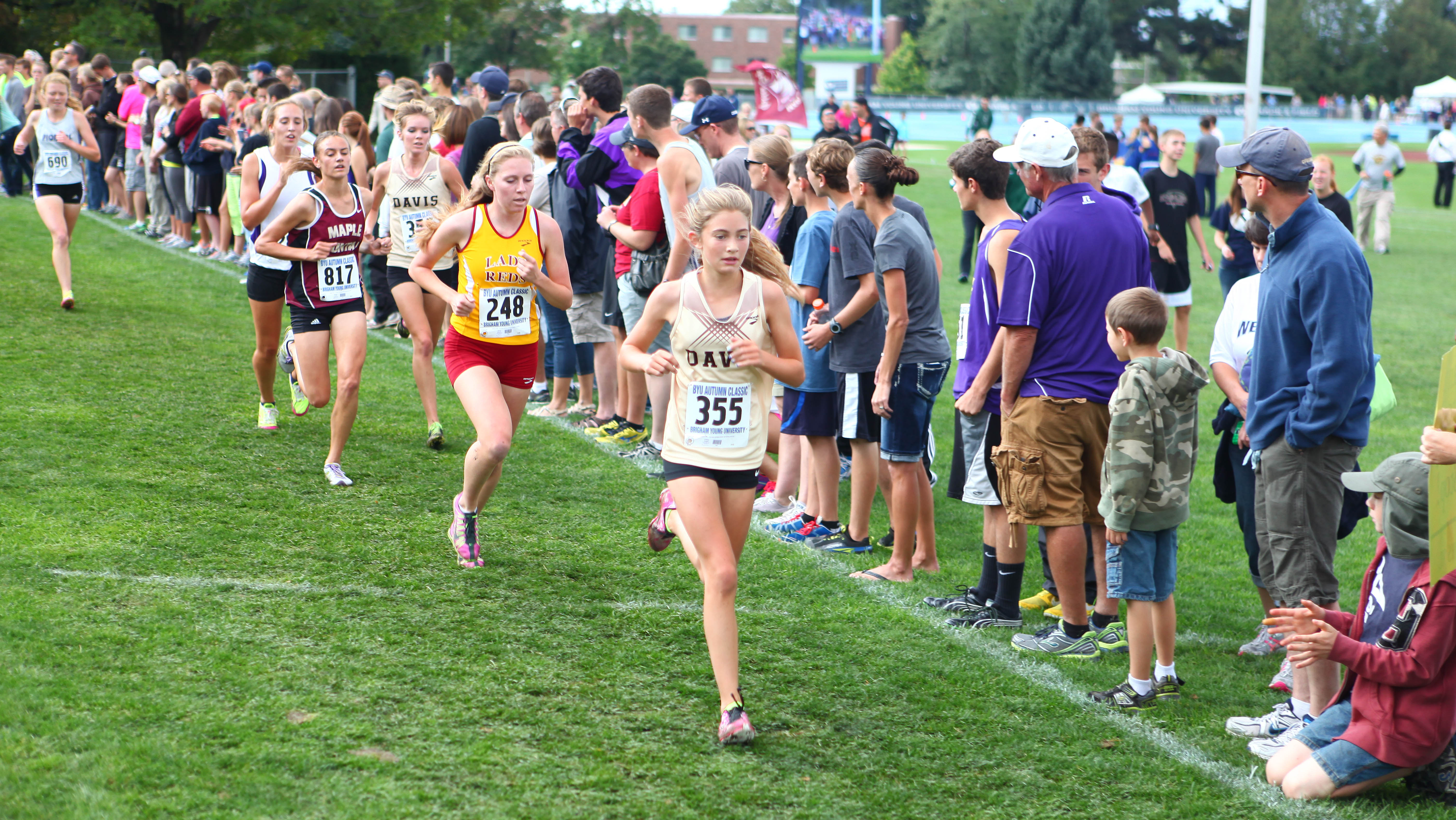 BYU hosted the annual Autumn Classic on Saturday morning in Provo, Utah. Rainy conditions all week long left the grass very soft, but the sun came out for a very nice morning for a Cross Country meet. With 175 girls in the Varsity race alone, there was plenty of speculation of who would emerge victorious at the end of the day.

Early in the race Kashley Carter of Juab and Aimee Bryson of Cedar led the charge, followed by an endless sea of runners all fighting for the driest path. By the time the pack reached the first mile mark, Davis High Freshman Aubrey Argyle had made her way to the front. She set a strong pace over the next mile, and by the end of lap 2 out of 3, only a handful of runners were left near the front. As the leaders approached the final half mile it was Argyle by about 10 meters ahead of Britney Lund of Maple Mountain. As they entered the track Argyle used a very strong finish to open the gap slightly, winning by 5 seconds.

The victory marks the first for Aubrey Argyle as a dart. She is only a freshman and has emerged as a great addition to the Dart team that looked very strong on the day.

In the team competition the Darts were nearly perfect. Along with Argyle winning overall, the Darts put all 5 scorers in the top 10 on the day, scoring just 26 points. American Fork was 2nd with 134 points and Orem was 3rd with 180.

In the Women’s College race there were a number of Utah HS Alumni making their NCAA debut, including a very impressive as Summer Harper of Weber State. Last year Summer was at Orem High, and she raced today as if she were completely un-intimidated by the transition to the next level. Harper was 3rd in the race just 8 seconds behind Lauren Hottenrott of Portland. Former Bingham star and state champion Emily Rich, now racing for BYU, finished 36th on the day. There were a large number of Utah Alumni in the race, and a full alumni report for the weekend will be released Monday.