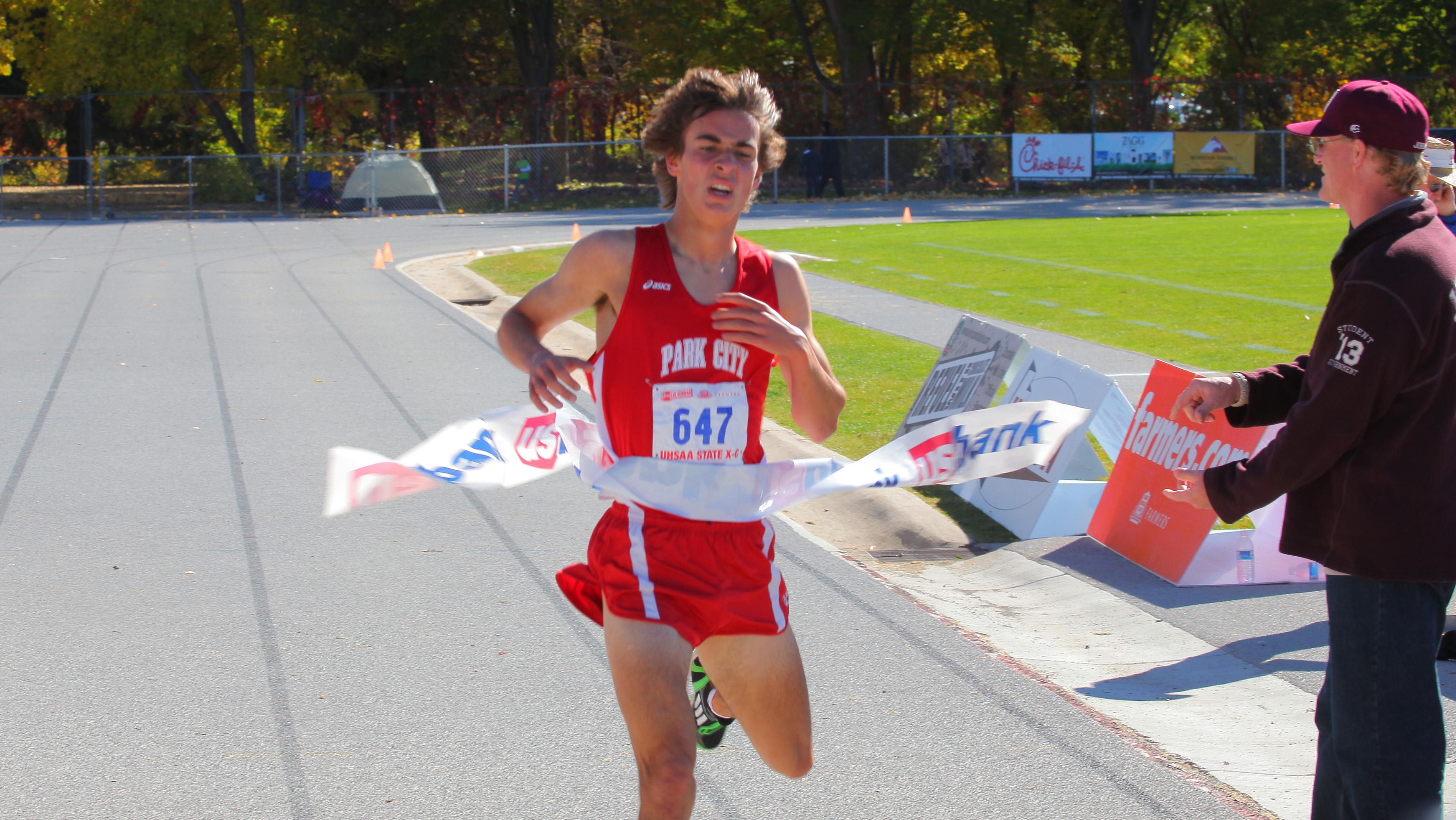 A recap of Thursday's events and the highlights of what to watch for on Friday. Many Utah athletes advanced to finals on Thursday night and even more look to do the same today.

Utah will have a strong contingent heading into Saturday’s 1600m finals. In the fastest heat, Utah will have eight of the 12 final positions. Those who qualified for the fastest final from Utah were Paxton Patey from Maple Mountain, Tyson Green and Brayden McLelland from American Fork, Brayden Cromar from Davis, Jake Heslington from Timpanogos, Jared Seachris  and Brian Jasper from Bonneville and Andrew Brewer from Bingham.  The fastest time of the day, however, went to Ricky Faur of Rock Springs, Wyoming. Faur ran 4:21.40, over six seconds faster than the next fastest time.

Davis also has a solid group that qualified for the second fastest heat. The Davis quartet that will run in that heat is Alex Hedquist, Skylar Williams, Josh Ward and Andrew Aposhian.

Utah will also be well represented in the 1600m finals fast heat. The top Utah qualifier was Emily Rich of Bingham, with Sarah Feeney of Ohden, Ellie Child of Davis and Allie walker of Park City also running qualifying times to get them into the fastest heat.

We spoke with Rich last week to find out her plans for Simplot and so far she has been to form. To read Emily’s interview, click here.

The boys 3200 preliminary times look more like time you would see in a final. The top 14 times from prelims advanced to Saturday’s final and just to make it to Saturday, you had to run 9:46.82 or faster.

Elijah Armstrong, a sophomore from Pocatello, Idaho, who also won the BYU Indoor invitational 2 mile, ran the fastest time of the day in 9:21.13. He was followed by a Utah trio of Jerrell Mock from Logan, Ben Saarel from Park City and Conner Mantz of Skyview. Other Utah athletes who qualified for the final were Jordan Cross of Ogden, Jaydn Asay of Mountain View, Preston Johnson of Davis and Brady Earley of Riverton.

Saturday’s race has the potential to be extremely fast as Saarel has already run 9:10 this season and Armstrong likes to push the pace early. The meet record of 9:10.36, which was set last year by Dallin Farnsworth, looks to be in danger.

Saturday’s  girls 3200m finals has shaped up to be a Utah clash. Of the 14 qualifiers for the final, 10 of them are from Utah. Summer Harper led the charge, running 11:11.07. Lucy Biles had the second fastest qualifying time in 11:18.25. Jackie Heaps, Jessica Sams, McKayla Morgan, Kenzie Weir, Cadance Greenwood, Emily Allen, Melissa Garrett and Ashley Tyndall round out the Utah qualifiers for the 3200m.

Kassie Nagel of Morgan was the only Utah athlete to compete in the Girls Weight Throw. She finished in 12th place with a mark of 38-10.75. The winning throw came from Cassidy Callahan with a throw of 55-11.5.

Ben Bracken of Davis had the top mark of Utah athletes in the Boys Weight Throw. Bracken finished in 10th with a throw of 51-10.00. His Davis teammates Sam Matina and Jeff Whittaker took 14th and 16th respectively.

Here we preview some of the events and athletes to watch on Friday.

Cam Dopp of Woods Cross. Dopp narrowly took second at the BYU Indoor. He blamed it on having to run the 400m right before. This time the events will be in reverse order and he will have the opportunity to run the hurdles before the 400m.

Cam Dopp of Woods Cross. As previously mentioned, Dopp is also one to watch in the 60m hurdles. His performance at the Olympic Oval a few weeks ago where he broke up the Riverton 400m domination showed he can run both events effectively.

Michael Bluth of Riverton. Bluth has had a great indoor season and has the fastest 400m personal best of the athletes in the state. Bluth will look to make the final and get revenge on Dopp for the race at the Oval two weeks ago.

Nicole Laws of Provo.  Laws is a two event star, in both the high jump and the hurdles. Laws hopes to be a multi-eventer in the future and is off to a great start. Look for her to advance to the finals.

Of note: Lauren Baxter of Timpview, who has dominated the sprint scene this year in Utah is not listed as competing. Hopefully she is not injured, as she would have been the class of the field.

Derek Lord of Woods Cross. Lord has been on a tear this season, threatening meet and state records every time he steps on the track. As long as he gets a good start out of the blocks, look for him to advance to the finals.

Jackson Sagers of Davis. Sagers hasn’t gotten much recognition this year, but he has been very consistent in the 800. At the Olympic Oval two weeks ago, he ran 1:55.16, setting himself up very well for a good showing at Simplot.

Isaac Faux of Maple Mountian. Faux finished less than half a second behind Sagers at the Oval. If Sagers is one to watch, then you should definitely also keep your eyes on Faux.

Faton Trawally, Mercury. Trawally has had a great season, having lost only to Lauren Baxter of Timpview. With Baxter not competing at Simplot, Trawally has to be considered a potential favorite.

Shea Martinez, Davis. Martinez has already run sub-2:10 this season. She should be the hands down favorite to win at Simplot.

Taylor Cox, Davis. Cox will be in the same heat as her teammate Martinez. This should be helpful to her in advancing to the finals, as Cox can use Martinez as a gauge in her race as she does every day in practice.