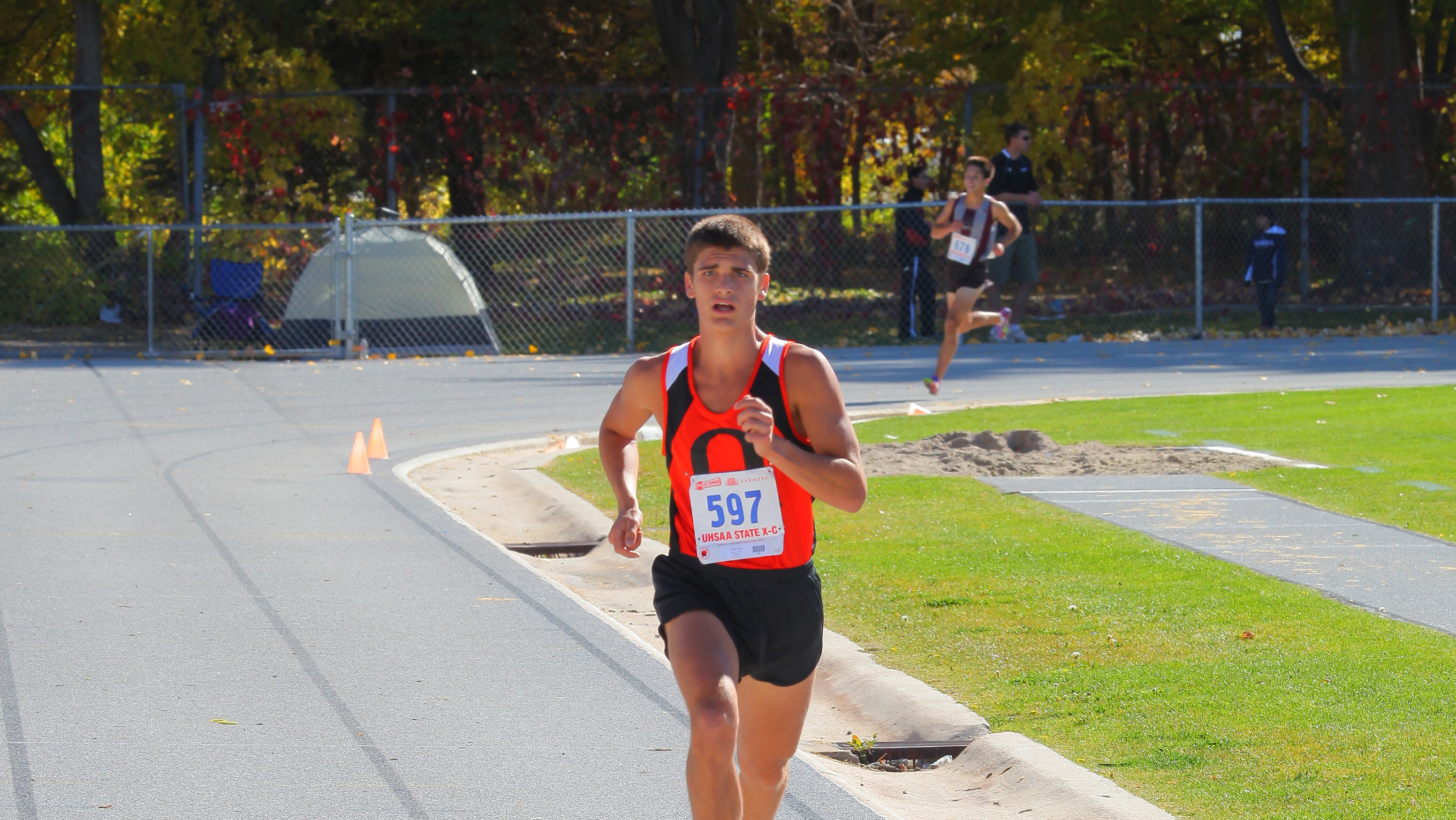 Thursday at Simplot will be the first day of prelims with only one final being held. The Boys and Girls weight throw final will be held, the preliminary rounds in both the Girls and Boys 3200m and 1600m. Each of these events should be exciting as there are enough talented Utah athletes to fill every final. It should be a battle between Utah, Idaho and the other competing states to get into the fastest finals.

Simplot is a big enough meet that even the prelims put out very impressive times. Not everyone can make the finals on Saturday and there will still be plenty of runners shooting for PR’s in the preliminary rounds.

In the Boys weight throw, Davis High, Uintah, and Roy will be the only three schools from Utah that have boys competing. Sam Matina and Ben Bracken both from Davis are ranked 2nd and 3rd in the state right now and will finally have a big meet to get some good marks in. Stephan Smith will represent his team as the sole competitor from Roy in the weight throw. Uintah will be sending five athletes to throw and will look to mix up the state leaderboards.

Kassie Nagel of Morgan is currently the name to beat in all the throwing events.  She leads the state in the weight throw and the shot put and is only a few feet from the national silver standard in the weight throw. Look for her to compete with the best on Thursday night and bring some hardware back to Utah. Kassie will be the only Utah athlete in the competition.

In the boys 1600m the deep talent that the state of Utah  has will be shown. With many athletes competing for the chance to be in the fastest final look for individuals running solo efforts in order to post the best qualifying times.

Just a few of the many names to watch for in the boys 1600m are Spencer Herzog  and Brayden Mclelland of American Fork, along with quite a few of their Caveman teammates, Jake Heslington of Timpanogos, Alex Hedquist of Davis , Andrew Brewer of Bingham and Skylar Williams of Davis.

With so much talent in the state of Utah it is hard to only list a couple of names of who to watch for. Look for Utah domination and a large number of finals qualifiers coming from Utah.

The Girls 1600m is much the same as the boys. With it only being a prelim, and with Utah being a very talented state, look for the top Utah athletes to aim for the fastest final. A few of the top Utah names to look for will be Sarah Feeny of Ogden, currently the fastest seed time of any Utah athlete, Emily Rich of Bingham, Sophie Baird and Maddie Bench of American Fork, Alyssa Moyer of Salem Hills and Ellie Child and Joanna Boyd of Davis. Again there are so many Utah athletes entered it is hard to list only a few, so keep your eyes open for anyone local as Utah’s deep talent is always evident at the Simplot Games.

Every year in the state of Utah, there are many distance runners who are ranked nationally and competing for national titles. This year Ben Saarel has been Utah’s top threat. His high finish at footlocker set him up for a great track season. Look for him to continue to improve. He currently is ranked 6th in the US in the 3200 with his 9:10, and remember that his time was run at altitude. You can be assured Ben is focused on a Simplot win or even bigger things like a track record.

Right now in the 3200m in Utah, in the same breath as Ben would be Jordan Cross of Ogden. He is improving very rapidly and is ranked 12th in the nation. He could challenge anyone in the country for a win on any given day.  Behind Ben and Jordan is a cluster of VERY talented distance runners. In the meet this weekend you can expect to see season bests and PR’s from Conner Mantz, Jerrell Mock, Jaydan Asay, Braden Early, Zac Jacklin, Erich Olschewski, Jacob Stone, the list goes on and on for days.

Two more names I intentionally left off that list are Conner Mcmillan and Preston Johnson. I wanted to point these two out specifically because they are two team leaders on two very deep teams. Since I couldn’t put the entire American Fork and Davis teams on a list, I point out some of their top talent, but look for the entire teams to impress this weekend.

After the Utah Distance Challenge I spoke with Lucy Biles of Herriman for Just a moment. Lucy said she had decided to run at Simplot and she will be running the 3200m. She told me that Summer Harper was the one who talked her into it. Lucy has had a good indoor season but is still building back up after a break from her stellar cross-country season. One thing I love about Track is that there is competition on the track but as soon as you step off you can be friends with anyone. To hear from Lucy that Summer is the one who talked her into Simplot makes me realize that the track world is truly different than any other sport. I love seeing athletes, who are definitely trying their best to beat each other, supporting each other after the race is done.  I just wanted to comment on this, but now on to the race.

Lucy and Summer, along with a long list of other Utah talent, will all be taking the track Thursday night in a race for the top finals heat. With great teams such as Ogden, American Fork, Davis, and Lehi all sending athletes to the meet, look for great times and PR’s from all of them.