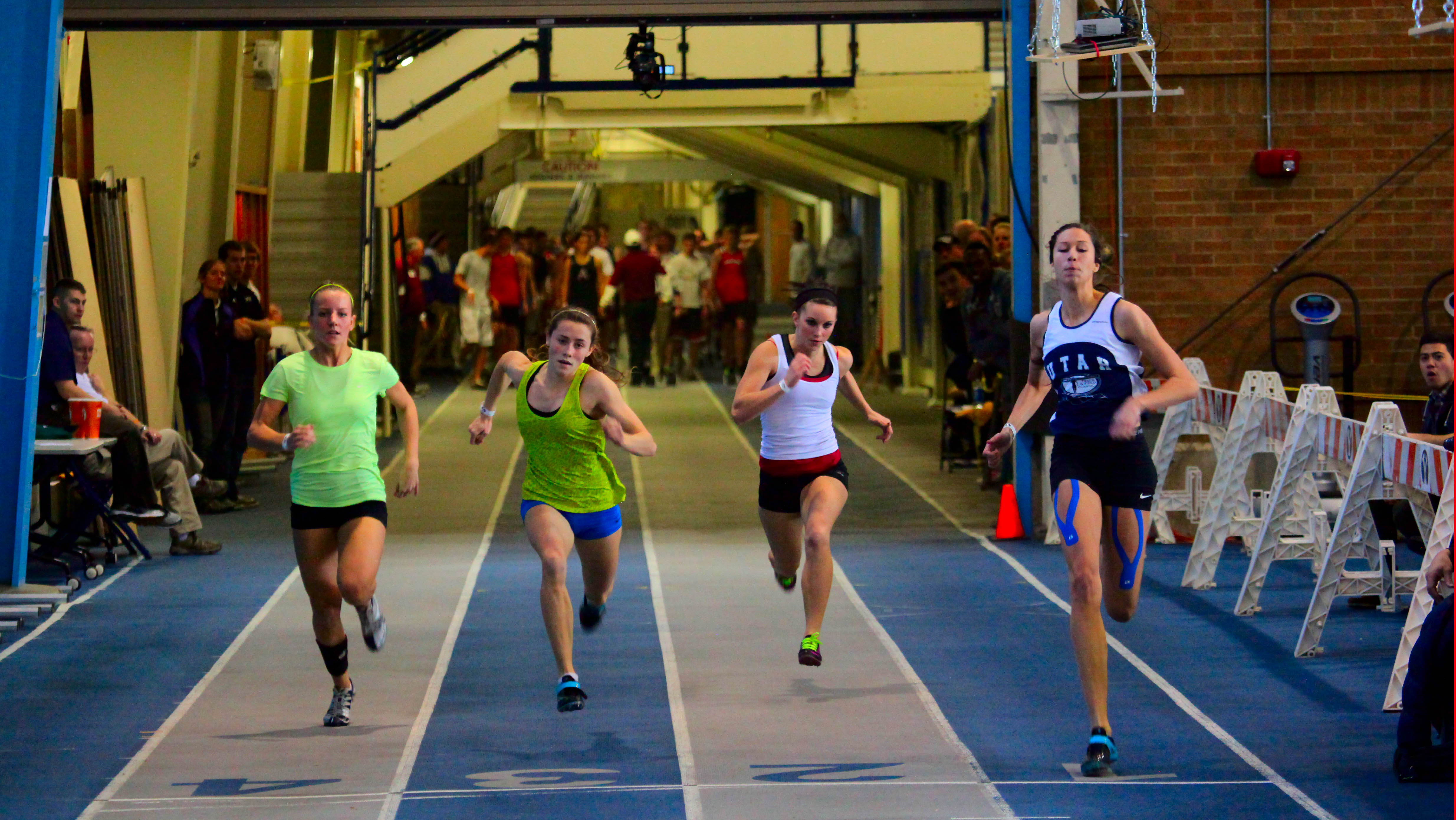 With no meets happening within Utah borders there is not a lot of action happening here in Utah this weekend, But plenty of Utah's Track & Field talent will be competing this weekend.

In the High School ranks, the races kickoff Friday night at the as Boise State hosts the Jacksons Invitational.  Christine Van Brocklin of Davis High will be running the 60M Hurdles. Davis Also put together a Boys and Girls 4x800, which should prove to be very exciting. In the girls 4x800 the top time in the country so far is 9:24.62 by Lenape Reg. HS of NJ. The Davis Girls definitely have the talent to chase that time but as with all relays, all 4 legs will need to be on their game. Their team will consist of Shea Martinez, Ellie Child, Taylor Cox and Joanna Boyd.

In the Boys 4x800 the Davis Boys current school record is 8:08 and that will be the focus of the Darts tonight. Braden Cromar, Alex Hedquist, Skylar Williams, and Jackson Sagers will take the track in hope for a new school record.

Saturday’s events will be highlighted by Timpview star Lauren Baxter. Lauren won the 400m at the BYU HS Indoor Invite last weekend along with posting a 7.86 in the prelims of the 60m Dash. Lauren’s time at BYU in the 400m make her one of the top sprinters in the US this year. Her 400m time of 57.40 is ranked 14th and a 200m banked track this weekend will allow her to get an official time on a standard track.

Also on Saturday the Davis distance runners will double back from the 4x800 and split up into the 1600m and 800m. look for some state leading times from those events as well.

If we forgot anyone or you know of any other local Utah athletes competing this weekend please email us at milesplitut@gmail.com