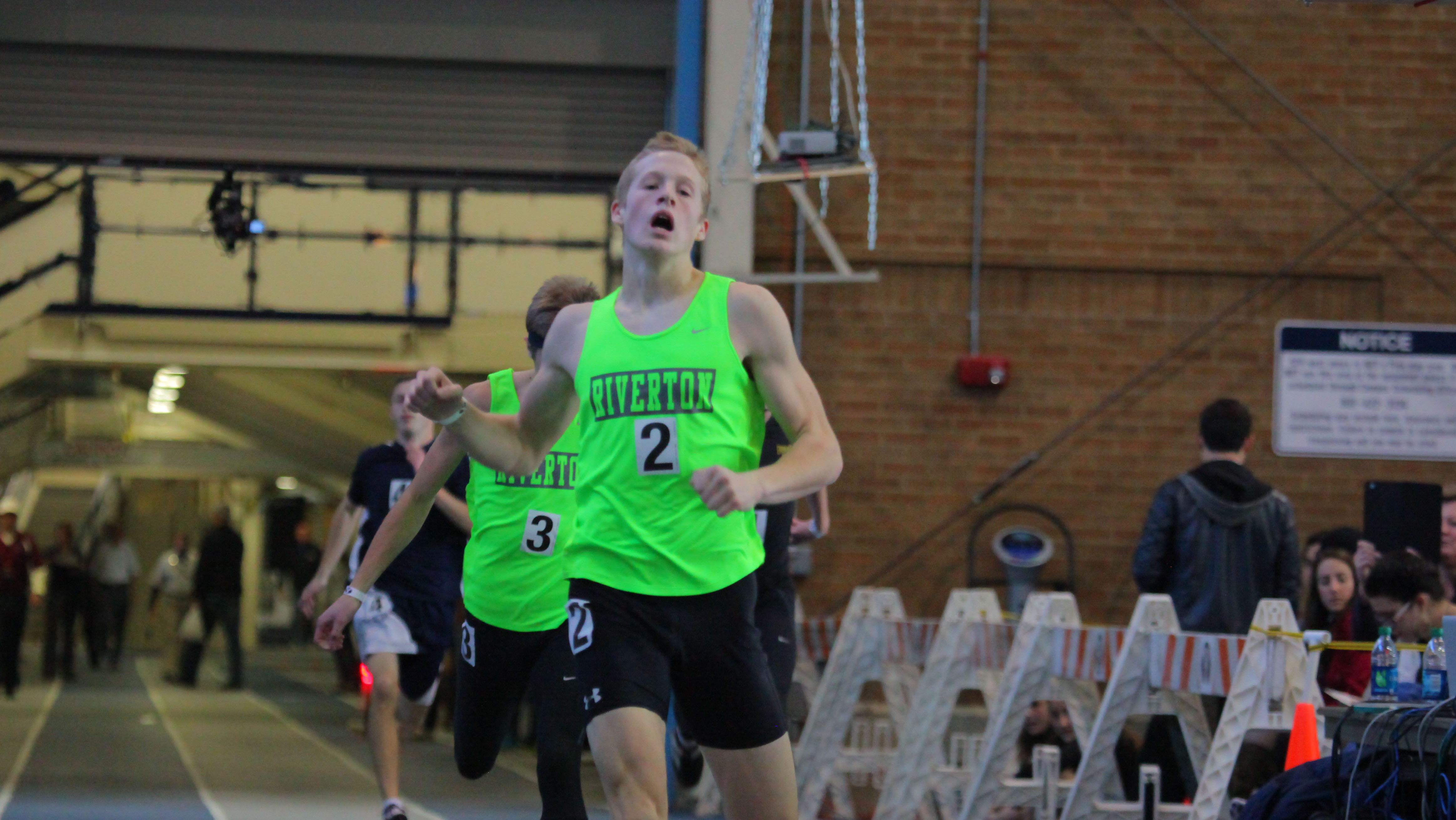 Many of the top athletes in Utah opened their seasons at the BYU HS Indoor Invite on Friday and Saturday. Here is a recap of all of the racing action.

Foot Locker finalist Summer Harper of Orem took down a strong field with a commanding victory, winning by over six seconds. Harper stayed with the field through about 800 meters before taking over and pulling away from Davis’ Ellie Child. Harper won with a 5:19.01 to Child’s 5:25.29. Bingham’s Emily Rich took third in 5:26.23.

After running the fastest time of the 60m dash prelims, Lauren Baxter of Timpview went up a few distances and dominated the 400m. Her time of 57.40 was over two seconds faster than second place finisher Elsja Mecham. Baxter opted to not run in the 60m final later on.

There must be something in the water in Riverton. The Silverwolves took the top three spots at the meet, with Michael Bluth winning in 50.38, Clay Lambourne taking second in 51.02 and Brandon Walker, who won in a slower heat, taking third in 51.41.

Nicole Laws won the hurdles in 9.27 the day after she also won the high jump with a clearance of 5’4”. Laws, from Provo, said she hopes to become a heptathlete someday. She’s off to a good start.

In the most exciting race of the day, Brad Wulfenstein of Desert Hills edged out Cam Dopp of Woods cross by .002 seconds to get the win. Both crossed the line in 8.45 and had to wait in anxiety as the automatic timing system sorted out the winner. Dopp, who dominated the preliminary rounds, ran the 400m just before the hurdles and it may have cost him the win. After the race, both runners thought it was Dopp who would be credited with the victory, but in the end it was Wulfenstein who stood atop the podium.

After running the fastest time of the prelims, Lauren Baxter opted to not run in the final, paving the way for Mercury’s Faton Trawally to win the 60m in 7.84, only .05 seconds off of the meet record. Trawally’s efforts earned her athlete of the meet.

In the performance of the day, Woods Cross senior Derek Lord broke the meet record by .01 seconds. Lord also edged out second place Seth Fortin of Davis by just .04. Lord’s performance earned him athlete of the meet.

With teammate Shea Martinez resting a sore hamstring, Davis junior Taylor Cox led from the start to win the 800m in 2:23.46. Cox held off a charging Whitney Paskins from Alta in the final lap.

Foot Locker finalist and 5A cross country state champion Kramer Morton dropped down a few events to win the boys 800m in 1:58.86. Morton took the lead about 400m into the race and never looked back. Davis’ Jackson Sagers made several attempts to pull even with Morton but was shut down each time and ended up taking a close second. Also of note in the 800m was Talem Franco of Wasatch who mistakenly did not enter a seed time and was therefore placed in the slowest heat of the meet. Franco ran a 2:02, over 10 seconds ahead of the next competitor. His time still landed him fifth place overall, but it would have been interesting to see where he would have placed had he been in the same heat as Morton and Sagers.

After taking second to Lauren Baxter in the 400m, freshman Elsja Mecham won the 200m while not even being in the fastest heat. Her time of 26.49 was over half a second faster than the second place time from Samantha Reeves of Orem. Mecham will be fun to watch in the years to come as she is already going under 27 seconds in the 200m and under 1:00 in the 400m as just a freshman.

Michael Bluth came back from his 400m victory to also claim the 200m as his own. Bluth pulled away from Davis’ Seth Fortin in the final straight to get his second of three victories on the day. Fortin on the other hand, found himself in second place again as he did in the 60m.

After taking third in the mile, 5A cross country state champion Emily Rich returned to run the two mile. She led from start to finish and won by 29 seconds. Rich lapped over half of the field on her way to victory.

Elijah Armstrong came all the way from Pocatello to run at the BYU Indoor Invitational and didn’t want to go back to Idaho without a win. So after being outkicked by Jacob Heslington earlier in the mile, Armstrong put the hurt on everyone in the 2 mile, taking the first mile out in 4:43. While he didn’t quite maintain the pace on the second mile, he still held on for the victory in 9:37.99. Davis’ Preston Johnson, who was third in the mile, came in second in 9:46.64.

The Riverton girls must be drinking the same water as the Riverton boys as they too showed their strength in the long sprints to hold off Davis in the 4 x 1 lap relay.

After sweeping the 400m earlier in the day, Riverton seemed like the sure favorite to win the relay to end the meet. While they did end up with the win, it did not come easy as they were pushed all the way to the finish line by Mercury. The Riverton boys were only a few tenths of a second off of the meet record. With the win, Michael Bluth ended the day with three victories for one of the better performances of the meet.