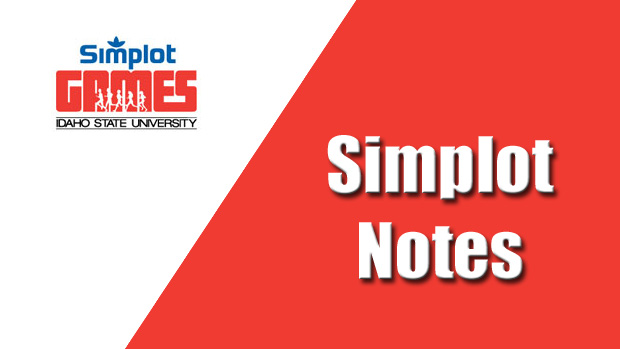 This article will be periodically updated as new results are received.

Making the 14-entry final of the girls 3200 required an 11:46 or faster. Answering the call were Natalie Shields (top prelims time of 11:08.27), Summer Harper, Kelsey Braithwaite, Sarah Feeny, Melissa Garrett, Jackie Heaps, and Jessica Sams. Candace Greenwood is likely also a Utah entry, but I'm new enough to the game that I don't recognize her name.

The 1600 was similarly populated with Utah qualifiers. Jamie Stokes, Laura Young, McKayla Morgan, Madi Garlock, Ashley Anderson, Maddie Bench, Rebecca Devonas, Sierra Malm, and, yes, a few more advanced to the next round. But, in the interest of moving on to other events, I'll start regulating the number of advancers being named. Suffice it to say that Utah will not lack representation in the next round of 1600s.

As you may have expected, Shea Martinez and Ellie Child led the Utah qualifiers for the next round of 800s. It appears, though, that Martinez let off the gas a little in this round, as 2:17 and change shouldn't represent a taxing effort for the Davis middle distance star.

Girls pole vault isn't exactly a Utah specialty, but Jeni Christensen advanced to finals to keep her hopes of placing alive. Sylvia Harrison was the only Utah entry to advance to semis in the 60. Brenna Porter's 59.47 was the only Utah time to advance in the 400. Adelyn Jones qualified in the 60 hurdles, but she, too, will be without company from her home state in the semis. Lauren Baxter and Courtney Paddock locked down the last two advancing times in the 200. Three Utah girls advanced to finals in the long jump, rounding out the day's action thus far in individual events.

On the boys' side of the ledger, Sam Matina was the lone shot put finals qualifier among Utah boys. Triple jump isn't a Utah state event, so it isn't exactly surprising that Utah will be unrepresented in the finals of that event. Seth Fortin's 7.13 keeps him alive to run another race in the 60. Kyle Tarter advanced to the long jump final. Blake Adams, Cole Lambourne, and Cole Odle each advanced easily in the 400 meters. Marcus Eisenhour did the same in the 60 hurdles. Zach Watson and Jake Zaugg will have to keep their poles busy for another day of vaulting.

After Thursday's big successes in the 1600 and 3200, a lot of Utah eyes were on the 800, wondering if the distance success would spill over into that event as well. To nobody's great surprise (though perhaps to the relief of those close to the competitors), Utah advanced six to the next round, let by Jackson Sagers with a 2:01.51. The next round will not likely be as forgiving of tactical approaches to racing.

Ben Saarel posts Utah's best qualifying time in the 3200 with a 9:33.57. Joining him in the 14-man final will be Brayden Cromar, Jerrell Mock, Conner Mantz, Mack Morrison, Jordan Cross, and Logan Wood. The slowest time to make finals was a 9:49.

Stephan Smith wins the javelin with a throw of 47-08, roughly 12 feet ahead of second place. I confess, however, to scratching my head over this as 47-08 does not correspond to any kind of distance I'm accustomed to for a javelin. Congrats to Mr. Smith, but I'm awaiting explanation on the nature of this event. Tyler Heiney chucked the girls' javelin (if this javelin is any different for the two genders 37-03 for the win in that event, making it a Roy sweep of that event.