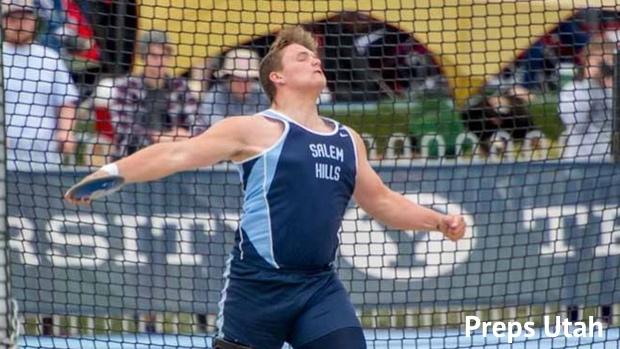 Mortensen had about as good a junior year as an athlete can have, claiming two state titles in the discus and shot put. But in the shot put, where he later competed at the UTAF National Junior Olympic Track & Field Championships, Mortensen upped his season's PR to 57-0.75. Then, in his first meet of the winter indoor season, he did it again. The road is pointing up for Mortensen.