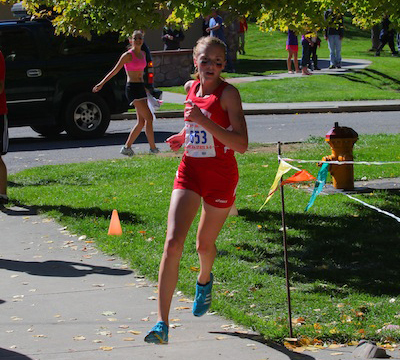 The 3A Girls Team competition was the highlight of the meet last season. The Park City and Ogden girls came in to the meet both ranked high enough they were looking for spots at the Nike Team Nationals. The battle was hyped up to be the battle of the day, and it did not disappoint, as the Miners of Park City held off the Ogden Tigers by just 8 points to earn the State Championship. The win marked the Miners 5th straight State Title.

The Miners look to continue the streak as they take to the course at Sugarhouse Park on Wednesday at about 1PM. The Miners enter the meet as the #2 Team overall in the state, ranked only behind Davis in the SW Region rankings. They are currently ranked #5 in the Southwest. Led by Alyssa Snyder, the Miners have such a great 1-4 that their pack will make it feel like a home meet for Park City with how much red you can expect to see up front.

Speaking of Red, the Lady Reds of Cedar are picked to be the top contender for 2nd in the meet. They haven’t shown that they are ready to take down the Miners, but they are led by 2012 State Champion Aimee Bryson, and she will be looking to lead her team to be the first team to beat Park City since the Lady Reds won the State Championship in 2007.

Aimee Bryson ran a great race in the 2012 State Championship, and used a late push to pull away for the state championship. This season, Alyssa Snyder enters the meet with a faster time on the season, but that means little based on course differences. Snyder has the strength where Bryson has the speed, it will likely be Snyders strategy to not leave it until the last 400 meters. If it did come down to the final spring, Bryson would have to be the favorite as she is the 2 time defending 400m state champion.

Alison Pray of Payson has run pretty well this season, and will do her best to mix it up with the top girls. She has shown she can grit her teeth and run well, so don’t count her out just because of the other girls credentials. Also look for the PC group of Maddie Criscione, Mckenzie Bothner, and Sophie Mcdonald to all run up front. Kamryn Watts of Hurricane and Maggie Beazer of Stansbury are also names to watch for in the meet.