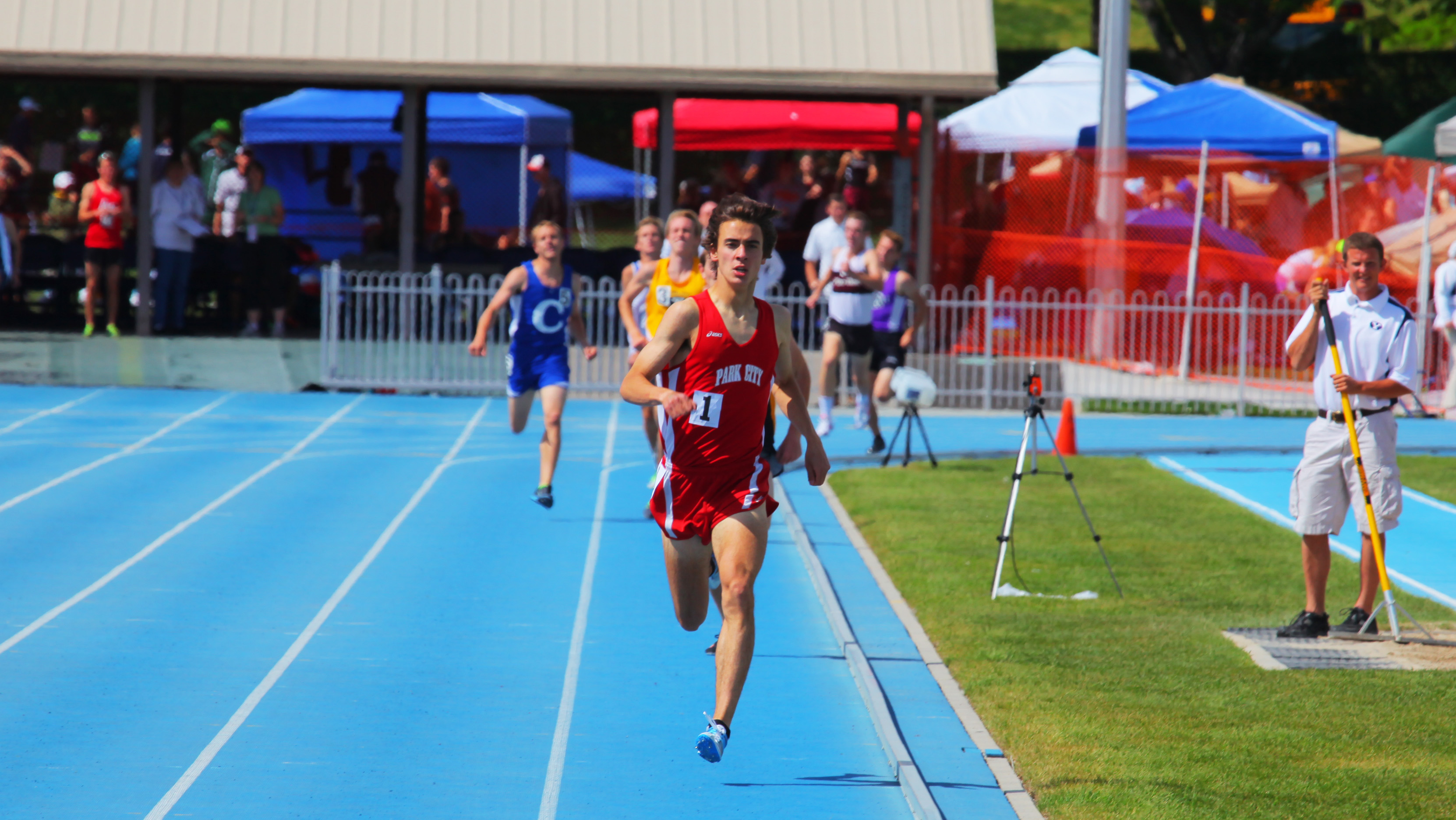 Ben Saarel won the 2013 3A MVP and Performance of the year award- Photo by Kyle Perry.

The 2013 Boys Track MVP’s and Performance of the year awards as voted on by the coaches.

3A- Ben Saarel- Park City. Saarel solidified himself as one of the very greatest distance runners in Utah history. He won every race he ran on Utah soil, and only lost once outside of Utah all season, including winning the Adidas Dream mile in 4:02. He set the All-Classifications state records in 800m at 1:51.13, 1600m at 4:07.95, and 3200m at 8:49.08. He will be taking his talents to University of Colorado this fall.

1A- Nick Edwards- Layton Christian Acadamy. Edwards had a very strong senior campaign as he won both the 100m and 400m at the state championship. Also highlighting his season was his Athlete of the Meet award from the BYU invitational. He ran personal bests on the season of 22.25 in the 200m, and 49.47 in the 400m.

Performance of the Year

5A- Brayden McLelland- American Fork. McLelland’s solo performance in 3200m at the state meet inspired everyone as he methodically pulled away from the stacked field to win by a long shot, finishing with a time of 9:09.5.

4A- Jake Heslington- Timpanogos. Heslington. Heslington had many performances that were worthy of the Performance of the year award, but the one that earned him the award was his 9:07 3200m at the BYU invitational. The time was hard fought and was a new 4A state record.

3A- Ben Saarel- Park City. It seemed that Ben Saarel set a new state record every time he stepped on the track this season. Ultimately, his performance that earned him the award was his 8:49 3200m at the BYU invitational.

1A- Braxton Syrett- Bryce Valley. Syrett had a fantastic throw in the Javelin at the BYU invitational with a throw of 173’3” for the win.

Girls awards will be posted tomorrow.